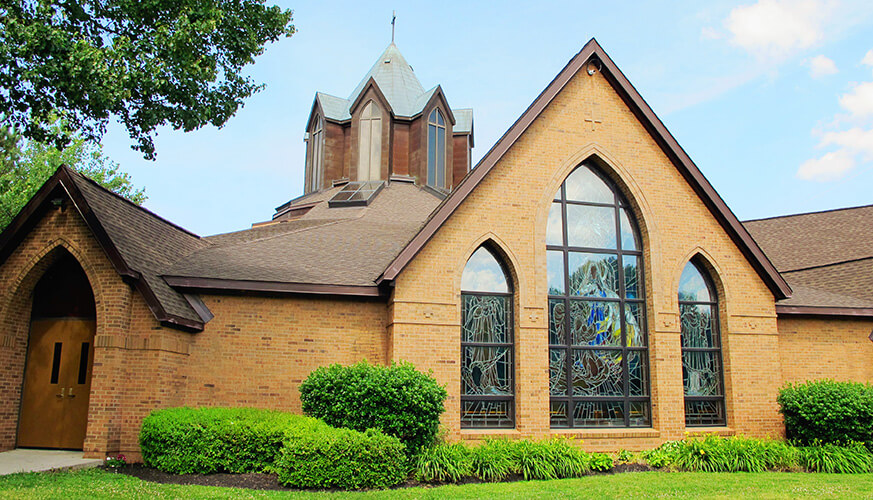 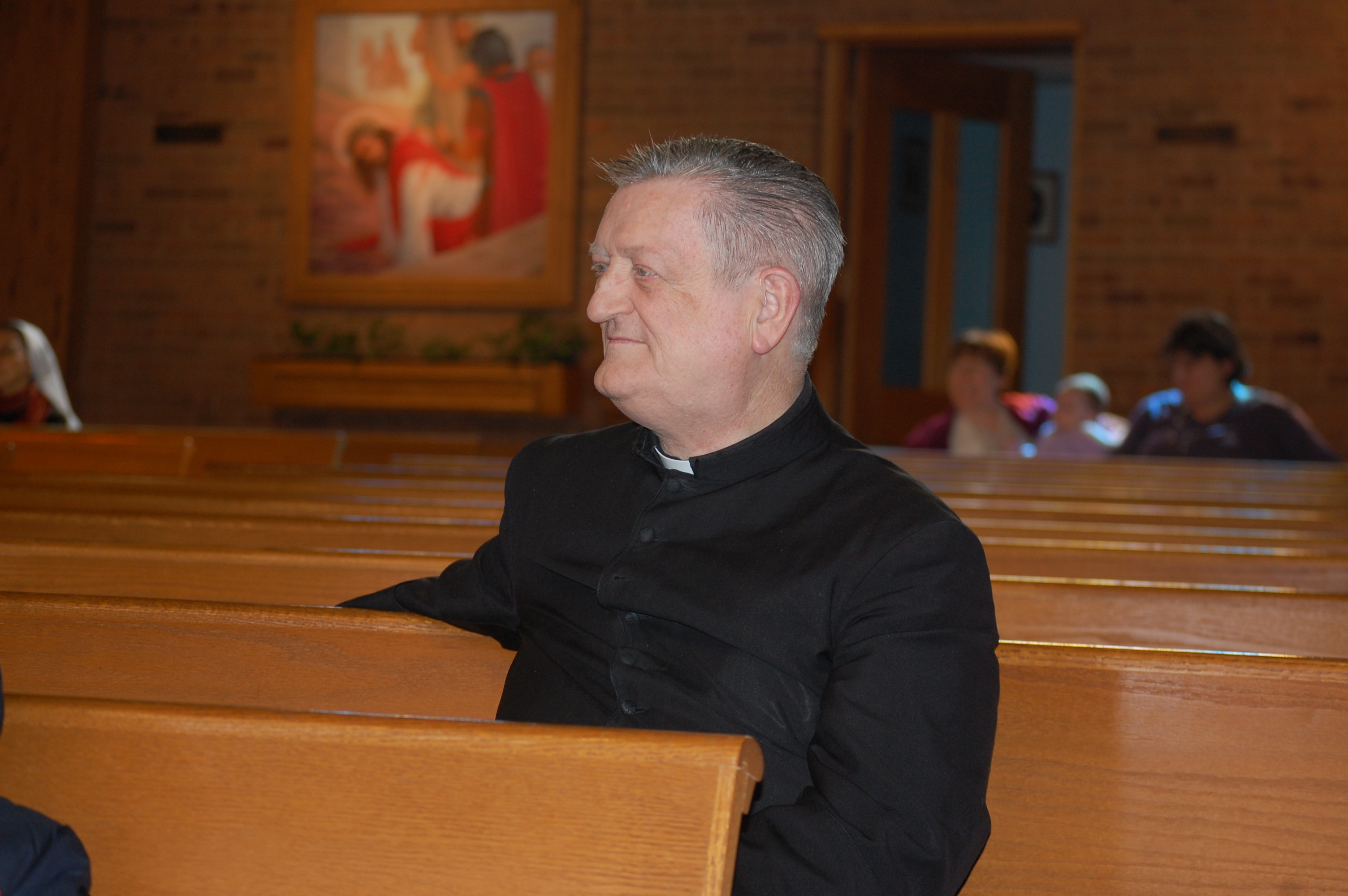 1944: St. Timothy’s was closed then reopened as the Mission of All Saints in Manassas.

1960’s: With the building boom west of Centreville and in Chantilly came a influx of Catholic families in the mid-1960’s. By 1967, the Catholic population had increased to such a magnitude that there was not even standing room in the little St. Timothy’s Church. As subdivisions were being built many more Catholics were moving into the area. Chantilly Firehouse was used for three additional Sunday Masses.

1969 June: Fr. Robert E. Nudd was appointed the first Pastor by John J. Russell -, Bishop of Richmond. St. Timothy Chapel’s land would not pass the soil percolation tests and sewer lines would not be available in the area for many years. Land was then purchased on Poplar Tree Road in Chantilly, VA this would be the home of our Parish we know today. Pastor Fr. Nudd lived in the Greenbriar subdivision for 4 years.

1975 January 25: St. Timothy Church was dedicated by Most Reverend Thomas J. Welsh, Bishop of Arlington. Parish continued to grow in August 1976 and an assistant pastor was needed. Fr. Francis J. Diamond was appointed.

1978 September 12: Fr. Roy Cosby was assigned as pastor. His vision was to provide education for the children of the parish. This led to the building of a social hall and a school on the property. Through more generosity, hard work and prayers, the fund drive began.

1980 Fall: Building of the Fr. Nudd Hall began. It consisted of six classrooms, three office spaces with storage, a gymnasium-social hall for recreation and parish celebrations and a well equipped professional kitchen. The school was completed in time for the 1981-1982 school year. St. Timothy’s parochial school has the distinction of employing the first lay principal in the diocese, Mrs. Marilyn S. Valatka and an all lay staff. Due to increase in the size of the school enrollment, St. Timothy’s School required the enlargement of the original school building. Mid 1980’s construction of an addition to the school included a new library and two wings of class rooms.

St. Clare of Assisi in Clifton was established as a mission of St. Timothy Parish.

1983 April: Fr. Cornelius O ’Brien was assigned as pastor. Fr. O’Brien was known for his brilliant and eloquent speech.

1989: St. Timothy’s continued to grow ended the decade as the largest parish in the diocese. This required splitting the parish and a new parish, St. Andrew the Apostle was established for those Catholics living south of Rout 29. Ironically, this new parish includes the original St. Timothy’s Chapel, now abandoned.

1990’s: By the early 1990’s the numbers celebrating Sunday Mass at St. Timothy had increased to such an extent that the 750 seat church was no longer adequate. In 1993 the parish launched a $4 Million fund- raising campaign to enlarge the church and other parish facilities. The campaign was ultimately a success, and in 1996 the parish celebrated the opening of an expanded church which now seats 1400 people. In addition the school built a new cafeteria, gym and more classroom space. A new rectory was also added.

2007 December 3: Eucharistic Chapel of Divine Mercy was opened the First Sunday of Advent in 2007. The Reredos was designed by Father Weymes – Pictured in the stain glass piece are the four evangelists of the New Testament Gospels bringing us the divinely inspired word of Jesus Christ by telling the story of his life: St John (top left), St. Mark (top right), St. Matthew(bottom left), and St. Luke (bottom right).

May 2019: Completion of the Parish Center Renovation construction project.